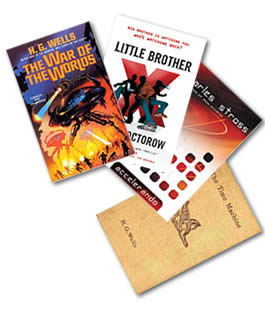 Marcus, a.k.a “w1n5t0n,” is only seventeen years old, but he figures he already knows how the system works–and how to work the system. Smart, fast, and wise to the ways of the networked world, he has no trouble outwitting his high school’s intrusive but clumsy surveillance systems.

The book is a collection of nine short stories telling the tale of three generations of a highly dysfunctional family before, during, and after a technological singularity. It was originally written as a series of novelettes and novellas, all published in Asimov’s Science Fiction magazine in the period 2001 to 2004.

Click on the link below to read the full description and download the ebook:-
Accelerando (ePub, Mobipocket/Kindle, PDF, Sony Reader, iLiad, Custom PDF)

The book’s protagonist is an amateur inventor or scientist living in London who is never named; he is identified simply as The Time Traveller. Having demonstrated to friends using a miniature model that time is a fourth dimension, and that a suitable apparatus can move back and forth in this fourth dimension, he builds a full-scale model capable of carrying himself. He sets off on a journey into the future.

Click on the link below to download the ebook:-
The Time Machine (ePub, Mobipocket/Kindle, PDF, Sony Reader, iLiad, Custom PDF)

The War of the Worlds
by Herbert George Wells

The War of the Worlds (1898), by H. G. Wells, is an early science fiction novel which describes an invasion of England by aliens from Mars. It is one of the earliest and best-known depictions of an alien invasion of Earth, and has influenced many others, as well as spawning several films, radio dramas, comic book adaptations, and a television series based on the story. The 1938 radio broadcast caused public outcry against the episode, as many listeners believed that an actual Martian invasion was in progress, a notable example of mass hysteria.

Click on the link below to download the ebook:-
The War of the Worlds (ePub, Mobipocket/Kindle, PDF, Sony Reader, iLiad, Custom PDF)

If 4 of the above ebooks are not enough for you, we have good news for you as this list is just a small part of a long list from Paul Jessup. He has sliced our work in half (the other half is to read them), by categorizing various ebooks from different authors & categories, mainly from Feedbooks.com. There are more than 35 ebooks listed ranging from Fantasy right to Children’s Literature.

Check out the full list from Paul by clicking on the link below:-
Paul’s Favorite Free Ebooks (and where you can grab ‘em) 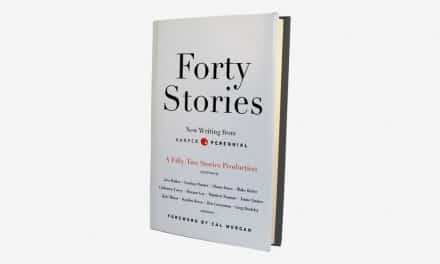 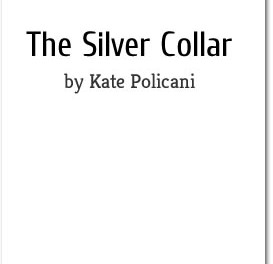 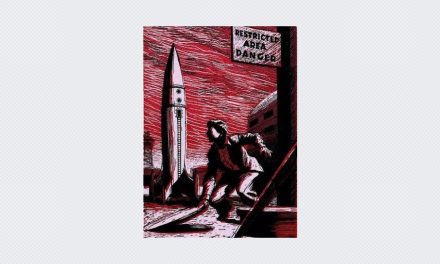